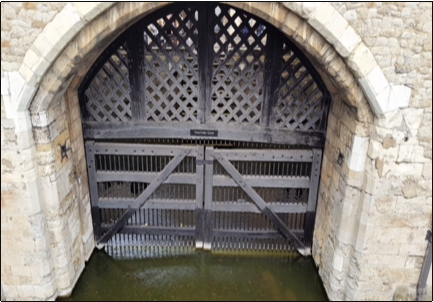 The Tower of London

For over 20 years George Jones & Son have been the incumbent contractors for all aspects of Painting, Decorating and Building Maintenance at the world famous landmark; The Tower of London. At over 950 years old, this Grade I listed building has become a central part to the tourist economy of London. Attracting nearly 3Million visitors to the city each year, this magnificent group of buildings is steeped in vast history. To accommodate for the constant mass influx of tourists and subsequent damage to the Tower, George Jones consistently worked throughout the Tower buildings. Often working outside of normal working hours, ensuring the works did not disrupt the visiting tourist population. Simultaneously, becoming a part of the experience and conserving the vast estate which overlooks the city.

Throughout the length of the contract, traditional methods were utilised and maximum efforts were dedicated to the conservation of the Tower of London. Specialist paints and wallpapers were required, in order to conserve and maintain the delicate walls of the tower and it’s adjacent buildings. Stencils were applied by hand throughout (see pictured), demonstrating the diversity in skillset of George Jones’ operatives. Each stencil applied, being completely and purposely unique, much like a piece of fine art, whilst not disturbing the surrounding paper and instead blending in and adding a natural flair to previous works.

Natural products were also applied, such as natural tar & linseed when repairing elements of the historic buildings. Lime washing, an ancient method of wall painting, was utilised in order to preserve the stonework, as it was, whilst brightening the walls up in the process. Additionally, George Jones were also involved with the mass planting of 800,000 ceramic poppies in 2014, to commemorate 100 years since the start of the World War I.

From internal walls, to benches and bins, lamps in gold-leaf, doors and cannons, over a period of over 20 years, George Jones are proud to have helped maintain a national treasure and a huge part of the nation’s history. Whilst also proving our place in the industry, as a skilled, reliable, trustworthy and capable contractor. Ask us for more details on this historic project and how George Jones could do something similar for you.